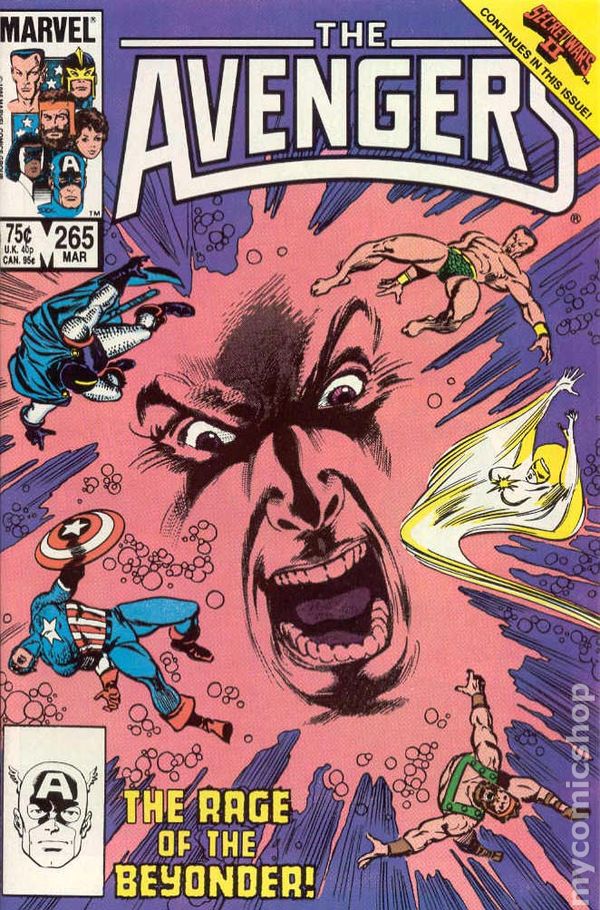 Avengers (v1) #265
Publisher: Marvel Comics
Available From: mycomicshop.com
Disclosure: The above link is an affiliate link. If you click through and make a purchase we may earn a commission at no additional cost to you.
"Eve of Destruction" Secret Wars II tie-in. Script by Roger Stern. Art by John Buscema (breakdowns) and Tom Palmer (finishes). Cover by John Buscema and Tom Palmer. Story continues from Secret Wars II Limited Series issue 8. The Beyonder has captured Captain America and spun up a tornado to trap the remaining avengers! But the mighty Prince of Power blows away the twister and saves his teammates! After getting reorganized Captain Marvel leads Hercules, the Black Knight, and the Sub-Mariner to the Colorado Rockies to rescue the star-spangled avenger! But the Beyonder is enraged! And beyond reasoning, beyond understanding, and perhaps beyond humanity. Will the universe survive, much less the Avengers?