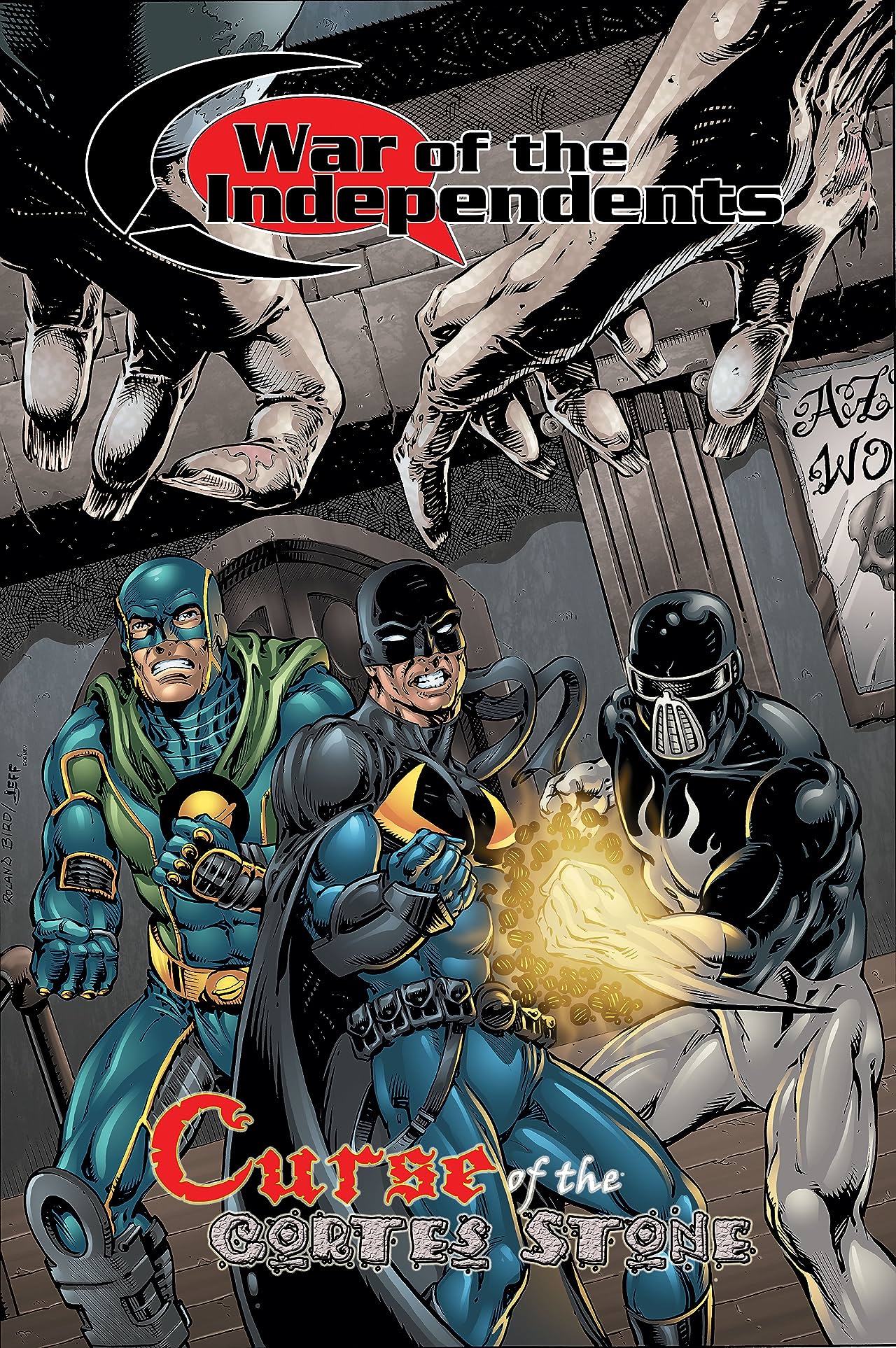 War of the Independents
Publisher: Red Anvil Comics
Available From: Comixology
Over 200 independent and creator-owned comic characters for the largest, most ambitious, inter-company crossover ever! When villains attempt to create an inter-dimensional doorway for world conquest, they wind up confronting a plethora of heroes from across the muiltiverse to stop them. Indie characters include Mike Allred's (Fantastic 4) Madman, Faust, Shadowflame, Captain Canuck, Tick, Gumby, E-Man, Zen, Badger, Too Much Coffee Man, Scud, and many, many more!