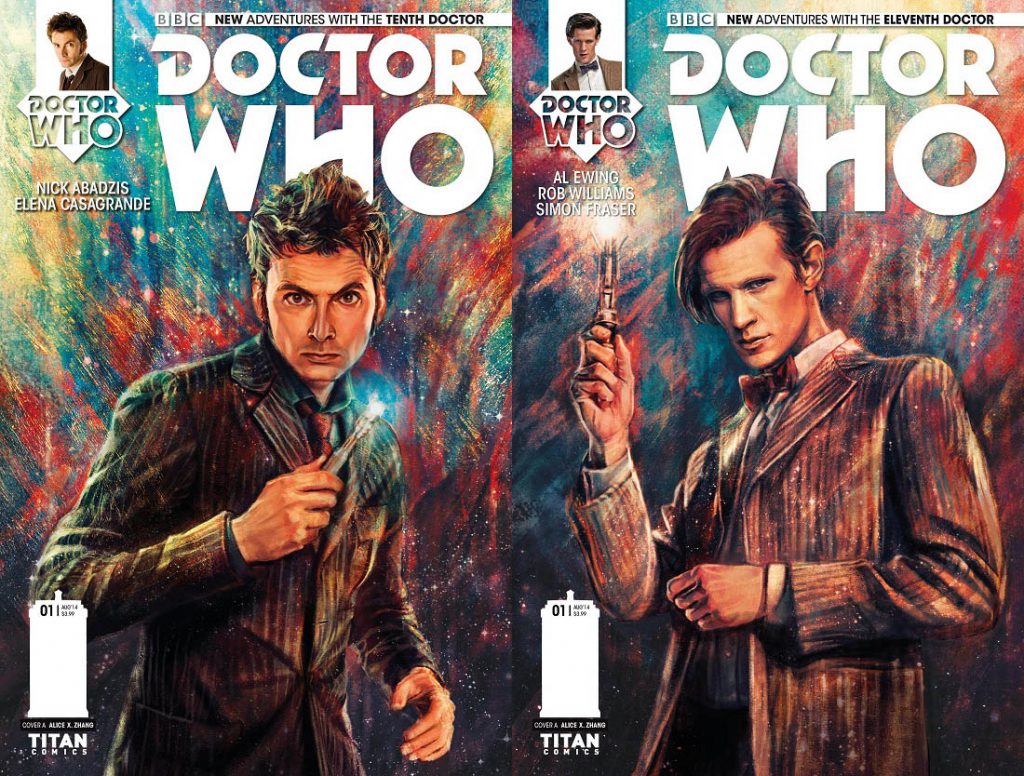 Titan Comics revealed the covers to not one but TWO new Doctor Who comic book titles at the ComicsPro Retailer Summit in Atlanta today! Being huge Doctor Who AND comic book fans here we have been waiting on news of the Doctor’s (or Doctors’) return to the shelves since IDW turned over the licensing to the franchise at the end of 2013. Looks like we will be treated to two new ongoing titles, one featuring the 10th Doctor and the other following the 11th.

DOCTOR WHO: THE TENTH DOCTOR #1

DOCTOR WHO: THE ELEVENTH DOCTOR #1

THE ELEVENTH DOCTOR RETURNS IN AN ALL-NEW ONGOING SERIES, WITH A TIME-TWISTING LEAP INTO THE UNKNOWN! GERONIMO!