What on Earth is a Minute Review?  In a nutshell, you don’t have time to pour over a tedious tome of a review and we don’t have time to wax poetic each week.  We’ve got other things we enjoy doing for you, like posting weekly new comic book release lists or preparing the next Comics News Roundup video.

That doesn’t mean we don’t want to chip our two cents in on the global conversation though.  Maybe you’ll agree with us and we’ll all become the bestest of friends.  Maybe you’ll disagree and we invite you to join us in the comments section or forum and try to dissuade us.  Either way, here goes… 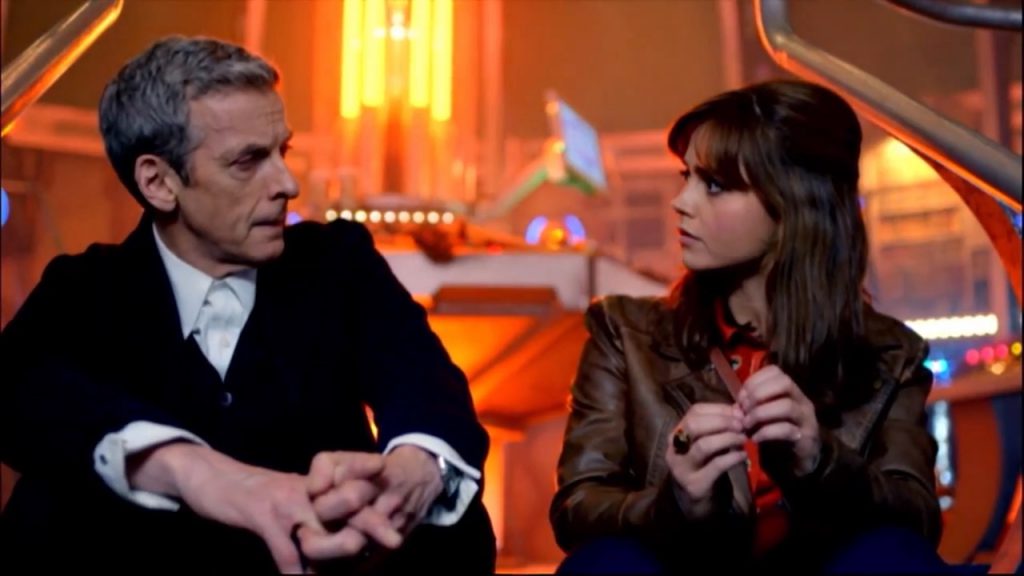 The proper debut of the 12th Doctor as played by Peter Capaldi!

NOT SO MUCH:
As with every other Doctor Who fan on the internet I could rant and rave about a handful of things I liked and a Bessie-full of things that bugged me.  All while still essentially liking if not loving the episode at hand.  In the spirit of keeping this brief (I may still have failed that goal) I will wrap it up there with this final summation of thoughts on the episode.
FINAL THOUGHTS:
Here is an article over at DenOfGeek.com about the episode’s many callbacks and references that I found interesting.  Also, I was going to criticize Deep Breath’s opening CGI until I recalled how forgiving I am, if not charmed by, the FX work in the classic series.