Listen to the trailer via BigFinish.com

“Believe Me Peri, the less you know about this particular episode in Earth’s history the safer we’ll be.”

Earth 2163, the TARDIS lands smack dab in the midst of the Dalek Invasion of Earth or rather… one year before the events that the First incarnation of the Doctor took part in. The Sixth Doctor and Peri arrive in Scotland. But faster than you can say “I shouldn’t interfere with events in my own timeline” they are swept up in the Human rebellion against the Daleks.

The Doctor must do what he can without drastically altering his own past or putting the success of the rebellion in jeopardy AND hopefully survive. 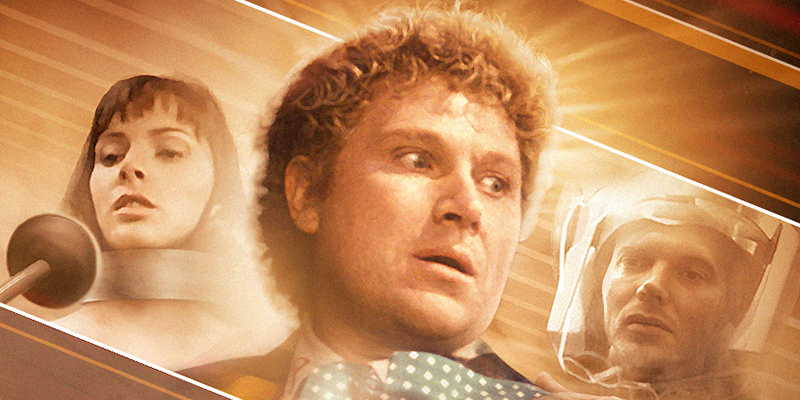 This adventure sees the Sixth Doctor and Peri traveling together again in earnest. It’s good to have the two of them meandering through time and space together again.Couple that reunion with a First Doctor story setting and it makes for a fun reimagining of inarguably one of the most Memorable Dalek stories of all time in a clever and suitably timey wimey Doctor Who adventure.

Directed by Nicholas Briggs you can safely assume a Dalek story is in safe hands and he does not disappoint. With clever nods to the past and new characters to keep us rooted in the present it felt like the doctor from the 80’s was seamlessly transported back into an adventure from the 60’s and he brought with him all the experience that 5 previous incarnations would afford.

Some previous knowledge of The Dalek Invasion of Earth does indeed help to heighten the enjoyment of this story but again isn’t entirely necessary as all the essential information is present to make the story work. I do think however that this could hold it back for some folks as it’s quite referential back to an old story. Die hard fans will know exactly what’s going on and will love it the more for those references. Those who don’t know may wonder and seek out a genuine classic others might get lost and this could pull them out of the story. I think it stands well on it’s own but I’d be curious to hear how someone that hadn’t seen the original would respond to this episode. 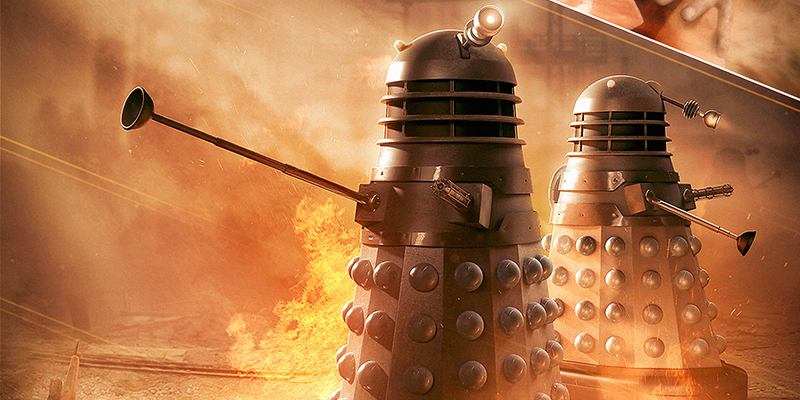 I’ve made no secret of the fact that as a kid I wanted to like the Sixth Doctor but ultimately it was during his Tenure that I stopped watching the series. Oddly I liked the many colored coat, and his curly mop of blond reminded me of the Greatest American Hero… However, the Sixth Doctor struck me as arrogant, mean, and genuinely dislikeable. As an adult I came back to him with a fresh perspective and hoped to reconcile my distaste for him and you know what? I did.

This Big Finish Audio Adventures not only gave the Sixth Doctor a new chance to shine but a new chance for fans to genuinely connect with him.

In Summary: Although Big Finish has it’s own proper continuity if you came to Big Finish without any previous knowledge whatsoever this story is so complete you could pick this up and simply enjoy it. I highly recommend it to folks who know a lot about the early episodes of Doctor Who and think it’s a great stepping on point even for folks who are new to Big Finish Audio Adventures.