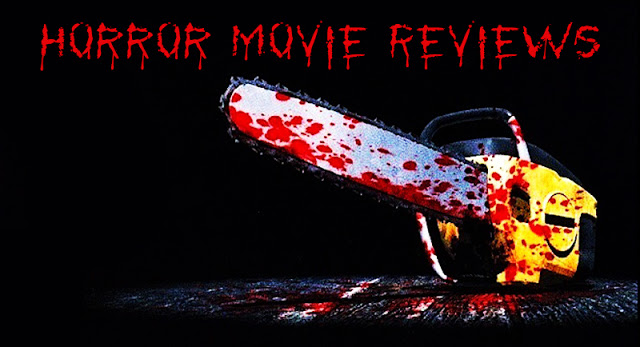 Entry 6 in the 8 week long horror binge leading up to Halloween. A surprising new entry in horror comedy and a gritty, grimy classic! Who will survive and what will be left of them? Lets find out…

Housebound is a 2014 horror comedy out of New Zealand about a young woman sentenced to home detention after several run-ins with the law. The unsociable woman struggles to deal with being forced to live with her babbling mother… and the entity that also resides in their old house.

The first third of this film had me concerned. I found the characters annoyingly unlikable and it suffered from what I will call “unjustified horror-itis”. Creepy music and cinematography set to things that simply were not creepy. Genre style without any reason for it, unjustified horror. The worst offense of a film that suffers this is unnecessary jump scares. We all know what these are, every bad horror film leans on them like a crutch and even good films have to go that extra mile to actually EARN a good jump scare. There is an unnecessary jump scare early on in Housebound that really bugged me. It was not a scary situation, presented no threat, and only existed to BE a jump scare. It felt lame and lazy… And then I got it.

When I hit play on this movie that had been sitting in my Netflix queue for some time I wasn’t aware of the comedy angle. Part way in it clicked. This wasn’t just a horror movie with some humor, this was a well executed horror comedy. Sometimes a dry wink and a nod, sometimes a laugh out loud play on horror conventions. By the 2nd act I warmed to it and by the final act I was totally won over.

I’ll SPOIL ONE GAG because it is a good example of taking a trope and pushing it into the absurd. It is the typical “closet door slowly (and loudly) creaks open drawing the character’s attention” scene. Instead of the usual timid, tension building but dull exploration the character gets a drill and takes the door off the hinges and puts it off to the side. Okay, odd. Our character then sits back down having dealt with the annoying door. Wait for it… A tiny door in the back of the closet slowly (and loudly) creaks open. I lost it. Not only does it work as a well shot sight gag but it plays upon then breaks viewer expectation. In the end we are presented with a more interesting mystery worthy of the character’s caution exploration.

The plot itself unfolds with this same sense of twisting convention, playing upon expectation. It is not a laugh a minute kind of comedy but more of a dark comedy that still manages to be suspenseful and even creepy. Housebound is unpredictable with a climax that not only took me by surprise but elevated everything that lead up to it. For a film that mixes horror, comedy, and suspense it has a very consistent tone though at times can be a little “cutesy”. The first third still felt slow despite picking up pace as it goes and delivering a power punch of an ending. Housebound is a surprisingly solid 4 dusty dental plates out of 5.

Good Halloween Watch? Yes! This is a fun and suspenseful horror movie that packs a punch and a few laughs.

The Texas Chainsaw Massacre is a 1974 low budget horror classic… but you likely know this. What can be said about this film that hasn’t already? Shot on 16mm film giving it a grainy look that almost adds documentary feel for an extra layer of grime and realism. Few movies reach this level of nauseating tension and sadistic horror AND still exist as entertaining and well crafted viewing. It remains coherent even as it drives headlong into it’s chaotic climax. It feels like true insanity caught on celluloid.

The whole Grawlix crew had the good fortune to re-watch this classic at the recent Scream in the Dark Film Festival immediately after a Q&A with cast members Teri McMinn and John Dugan. A truly cool experience! McMinn and Dugan talked a bit about being cast, what filming was like from slow days waiting for the right light to those infamously long sweltering shoots, and a whole lot of other things. McMinn was charming, Dugan strikes me as the kind of guy who isn’t afraid to say exactly what is on his mind, and both actors looked perfectly at ease in from of our modest audience.

I have watched The Texas Chainsaw Massacre countless times but one take-away I had from this viewing was that the twisted, sadistic sense of humor that dominates Hooper’s exaggerated sequel IS present in the first film. Of course, The Texas Chainsaw Massacre 2 is an entirely different beast. A true product of 1980’s excess. That same dark humor is evident in the original in how the family abuse the final girl and constantly bicker with each other. For example, Jim Siedow‘s character sadistically jabs the poor girl with a stick then consoles her before jabbing her again… over and over. This a terrifying and cruel moment but Siedow delivers the performance with such glee that it is hard not to laugh at the ridiculous insanity of it.

In next month’s episode of the podcast you will hear us talk about the experience in a bit more detail. Particularly how loud the theater’s audio system was which re-enforced just how relentless the final act of this film is. Once our cast of young, unsuspecting victims have been slimmed down the film becomes an unrelenting, brutal exercise in terror that doesn’t let up until the credits roll. From the sound and the score to the direction and performances, it is nonstop insanity.

Clearly I love this film. It came in at my number 5 slot during our recent Top 10 Favorite Horror Movies discussion on The Grawlix Podcast #21. It is one of the best horror films of all time and birthed one of the most iconic film slashers of all time. The Texas Chainsaw Massacre is a solid 5 Sawyer family arts and crafts projects out of 5.