Doctor Who: Fiesta of the Damned 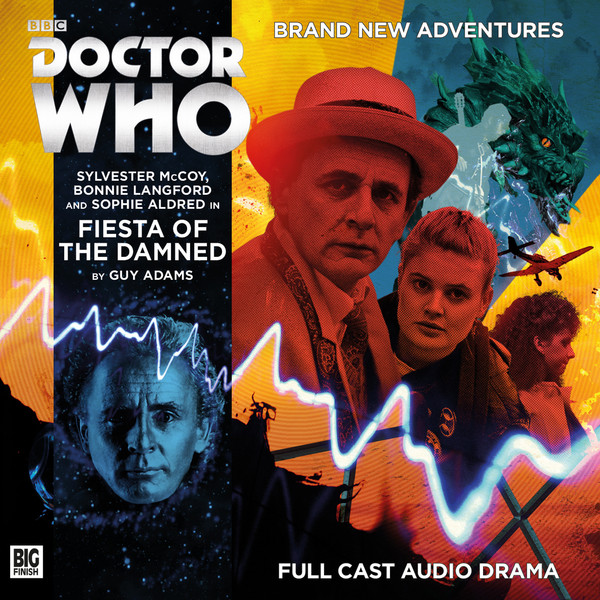 Doctor Who: Fiesta of the Damned

Now that Mel has returned to the TARDIS with The Doctor and Ace it must surely be time to have a little fun, perhaps take a holiday in Spain!… what could go wrong?…

Well… according to the Big Finish Solicit:

“In search of “a taste of the real Spain”, the TARDIS transports the Doctor, Ace and rejoined crewmember Mel not to sizzling Fuerteventura, or the golden sands of the Costa Brava – but to 1938, amid the horrors of the Spanish Civil War.

Having fallen in with a rag-tag column of Republican soldiers, the time and space travellers seek shelter from Franco’s bombers in the walled town of Farissa – only to discover themselves besieged by dead men returned to life…”

This month puts the TARDIS crew into a more historical setting, but as is often the case the Doctor finds himself in the midst of something not quite the way the history books tell it as an alien threat looms in the form of… the undead?

I’m not going to lie this month’s story is not my typical cup of tea. A historical story really has to be uniquely written to pull me in. That’s not to say this one didn’t, as I say there is enough going on here to enjoy and the Doctor and Juan have some wonderful discussions about how to live with War. I think it’s very well written, it’s just not the kind of story I usually go for which makes it a bit harder to review. I think this is untapped territory in terms of the era, there is a lot here that I admire and it makes for some appropriate breathing room after last month’s quick paced heist.

This one calls back to “A Life of Crime” briefly but other than that it’s really a self contained story and you could easily listen to this without much previous Doctor Who knowledge. If you really dig when the 7th Doctor hits an area at war (and there are definitely some good stories in that theme) then this tale is for you.  I found my attention wavering so I have to give this story a 3.5 out of 5 stars. It’s a good one, just not a super memorable one for ME.

What kind of Doctor Who stories really hook YOU? Let me know in the comments below or by shooting us a message to letters(at)grawlixpodcast.com.