Less than a review, more than a blurb. It’s time for DCBA, a loose collection of thoughts on last week’s DC Comics books masquerading as a search of the… 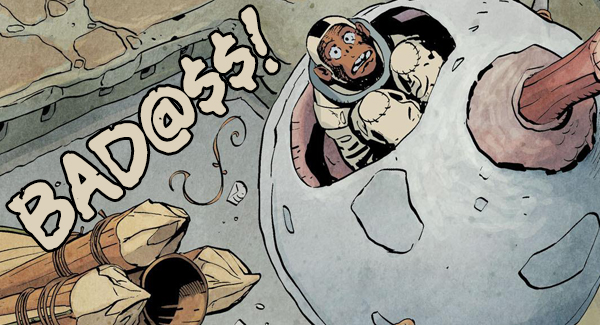 In this series we were presented with a large scale, extinction level threat back in issue one and since then the characters have simply been in a holding pattern with no real affect on the story. Instead the “mystery” is slowly revealed through inconsequential and nonsensical plot devices. Cyborg can “network” with these non-technology based beings? Small crystal figurines are talking to Aquaman? What? Why?

Worse than the clumsily handled plot devices is that it is painfully clear the story is holding back details that, with the leaps of logic it has already taken, characters should have access to. Instead of any real plot arc this series has simply been doling out these small snippets of details from issue to issue.

On the upside the art is still nice and the final page reveal is a solid attempt to entice a reader to follow through to the next issue. Unfortunately, it was too little too late and having characters in the book proclaim “Did not see that coming!” was just a bit too cute. The stakes in this story are so high yet I find it hard to care. Dropping Justice League!

This may be the most surprising new series from DC. All the familiar, terrible Flintstones puns are here but the storytelling features an edge and, at times, well handled social commentary. That said, this is a more middle of the road issue compared to the previous two. Still an entertaining read with the same level of snark the series likes to revel in but sometimes that snark is a little broad.

I’d recommend this series and even this issue despite it falling short of the previous issues. The art looks a bit more solid in this issue than the last though still not quite as polished as issue #1. I am oddly fascinated by these character designs.

This series continues to be a mixed bag and this issue is a prime example. I have a hard time labeling anything in this issue as “bad” and the aspects that work are actually very touching. Gotham Girl is dealing, or more accurately NOT dealing, with the death of… well, everyone in her life. What takes me out of the story is just how crazy she is written here. Looking at the individual ideas behind the psychology of her actions I can see where Tom King is coming from. Putting it all together though and it seems a bit over the top.

At the core of this issue though is some genuinely earnest and heartwarming character moments. Some of my previous criticisms of early issues revolved around how cold this version of Batman is and seeing what King has done with the character in the last few issues he seems written that way by design. I can’t say if King likes exploring the extremes of Batman’s personality or it is a matter of character arc. Either way it makes for an interesting take on the character. High points in nearly every issue, this one included, are the glimpses into Bruce and Alfred’s relationship. King hits a dynamic between the two that doesn’t get explored nearly as often by other writers.

The art is still just as solid and consistent as it has been since ish #1. Pacing still seems off. Each issue feels very short and while I’m glad not to have a story dragged out too long it seems like there could have been more explored in the middle of the arc. As for serving as an epilogue to the first arc this issue ends on a high note worth reading.

With this issue we get the conclusion of Tomasi and Gleason’s first arc on the series and, surprise surprise, I liked it. I’ve been steadily raving about this series since ish #1 or #2 and while it may NOT in fact be the greatest thing since sliced bread it still stands that I have enjoyed it thoroughly. Issue after issue I read this series before any other on new comic book day.

Reading this AND Justice League each issue further enforces how well this creative team nails the Super-family dynamic. Jon and Lois are integral to the plot and themes of this book while in Justice League (admittedly not a book whose focus is specifically on the Super family) has them literally standing around waiting for issues on end. Though if you want to read my thoughts on how well these characters are integrated into this story check out my previous DCBA post.

[SPOILERS] Here we see the resolution to the Eradicator threat and the whole story serves to set up the proper introduction of Superboy, the son of Superman. This is no surprise if you’ve been reading the series. The larger take-away for me was how the creative team crafted a real love letter to Superman. This issue embraced the cheese-ball factor of a good, old fashioned, rah rah Superman story heralding the return of the “real” Superman.

The most surprising thing here (okay, The Flintstones being a good book is still the most surprising thing here) is that as I typed that last paragraph I can envision a past Randy that would have rolled his eyes over it. Even present day Randy rolled his eyes while reading the story (help! Randy is stuck in 3rd person!) but still enjoyed it! It’s not just cheesy, Superman fanboy-ism though. It’s GOOD storytelling with well written characters and killer art. It’s not perfect though.

When you boil the plot down it IS a little silly. How the Eradicator is dealt with falls into the realm of “um, I guess if they say that is how it works” but the actual how and what seems much less important than the why. Strong writing with a solid grasp on characters and a genuine care for said character by the creative team add up to a solid first arc. I am very excited to see where the series has in store for us next.

DC Badass of the Week

This week’s DCBA was a little tougher to pick out. Most of these are superhero comics so naturally characters are doing cool, superhuman things all through out but I didn’t find the usual over abundance of notable badassery. SO… I’ll pick this guy from The Flintstones #3 because if you are going to shout something as you catapult an ape to his certain doom strapped into a wood and stone space shuttle replica as a token display of space launch for a bunch of school kids it might as well be… “SCIENCE!” 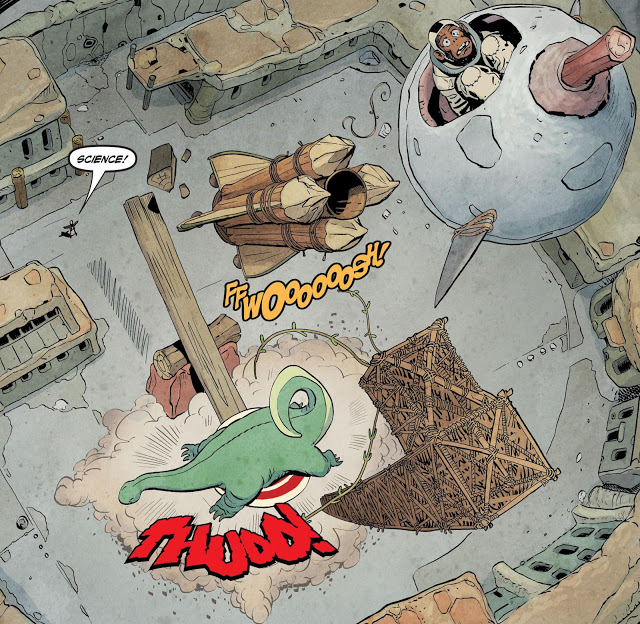 I don’t read all the DC Comics that come out each week, generally only four to six titles, so I’m sure I missed tons of great moments. This article only covers DC because that is what I’m reading but if there is great badass moment or a standout character from something you read we’d love to hear about it. There are lots of ways to talk to us about your favorite badasses. Hit us in the comments here, on Twitter @GrawlixPodcast or in the Facebook group. 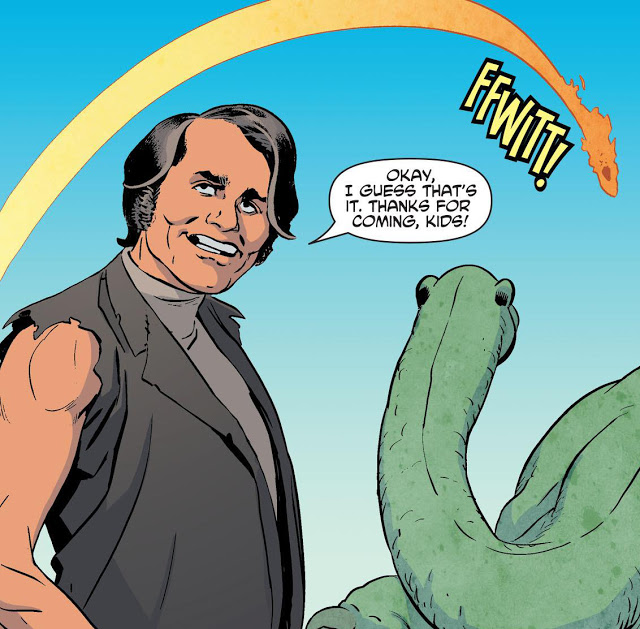 Doctor Who: A Life of Crime (Review)