The Conundrum that is Marvel Comics in 2017 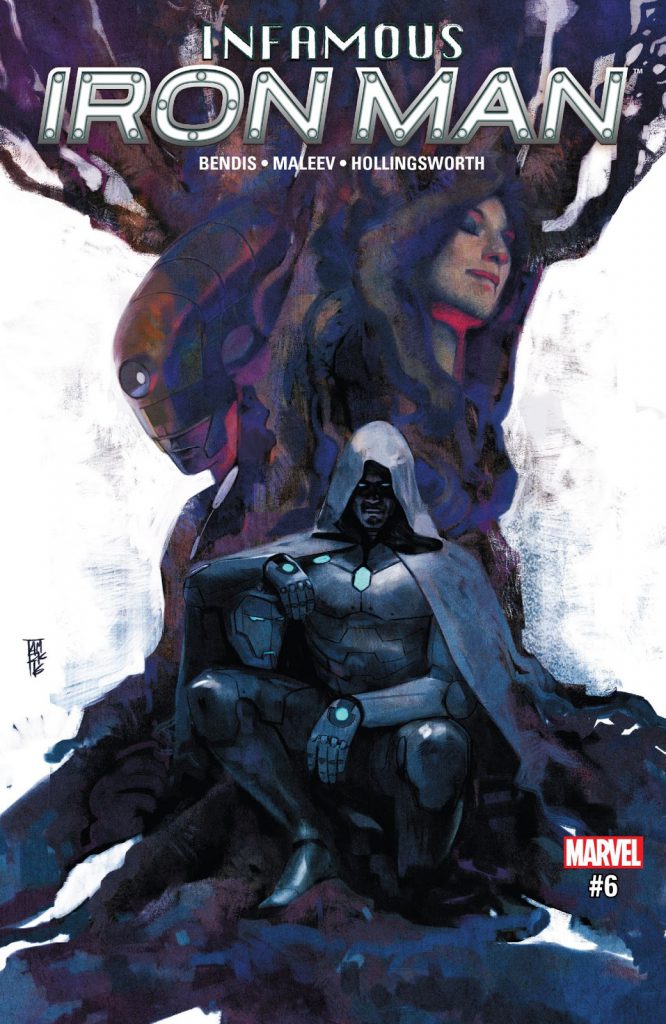 It has been awhile since I’ve done a written review so it only seems fitting that by returning to the fray I should do so with a Backlog Blast!

So I have a love hate relationship with Marvel Comics at the moment. Their comic universe seems to have a little bit of an identity crisis.

They have always prided themselves on the fact that they have not really rebooted their universe, that they have always just gone forward. I mean that seems like a wishy washy claim when you’ve had soft relaunches like Spider-man’s One More Day/Brand New Day which wiped out a LOT of continuity but  really that’s neither here nor there. Secret Wars seems to be that reboot they claim they’ve never done… it’s not… but it kind of is.

They used the Secret Wars event and its resolution (?) to remove certain characters (Reed and Sue Richards) from the fold.  They also used the event to implant others (Miles Morales Spider-man and The Maker among other Marvel Ultimate Universe characters) into the status quo universe while dissolving the redundant universe they used to inhabit. Well NOW (not to be confused with MARVEL NOW) we have Secret Empire… a Marvel universe run by a Hydra-retconned Captain America. So just to reiterate, we went from a world patch-worked together by a slightly benevolent (sorta?) Doctor Doom overlord GOD to a world with an America ruled by an evil Captain America overlord.

So where does The Infamous Iron Man review fit in? You know what? That’s exactly the question I’m asking myself… but more to the point… WHERE DOES THIS ENTIRE SERIES FIT?

Let’s dive into this mess shall we? After Secret Wars… Marvel goes into a second Civil War, this is only notable because well (Vaguely Spoilery:)  it puts Iron Man on the shelf. Iron Man is not dead but he’s not really active as Iron Man either. This creates a vacuum which Doom in his arrogance just up and decides HE will fill. Wait… What? So Doom is Iron Man because he says so? YEP. (again… sorta)

So let’s just look at the series before we bother with how problematic it is… let me start by saying… I LOVE this premise. I’m not sure if that’s a popular opinion or not but what else do you do with the character of Doctor Doom at this point? We’ve made him a god and stripped him of that power, we’ve taken away his greatest rival with the absence of Reed Richards. What is left for Doctor Doom? He’s actually “had it all” and found that all the power in the universe did not actually satisfy his heart’s desire. This is a man who is really faced to reexamine his whole reason for being. So he does the only thing he has not attempted and that is: “to serve,” more specifically to serve humanity as a hero. How do you do that when you are Doctor Doom? You take up the mantle of another hero whether Tony Stark wanted that or not.

The series has progressed with Victor fighting heroes who are actually trying to stop him from being heroic mainly because nobody buys it. Likewise we have Victor fighting villains who are scared witless because a Victor gone “good” knows implicitly how and where to eliminate each and every one of them.

So if I have a criticism of this book on its own merits it is that it’s kind of slow going, eight issues in the plot has basically been Iron Doom trying to convince basically anyone that they should just leave him alone so he can be a hero. (Much like Doc Ock did in superior Spider-man, Victor basically rules face at this whole vigilante hero gig.) By issue six we are finally getting into an arc that reveals that The Maker (evil Reed Richards from the Ultimate Marvel Universe) is up to something and he’s coming after Doom but everything up till now has just felt like setup and character development for a decades old character.  Now that sounds like criticism but this is all being fleshed out really well and is some pretty compelling drama so it’s hard for me to really bust chops on a Brian Michael Bendis that seems to know what he’s doing so far.

The art? It’s bleak at times, it’s very noir-esque but that kind of really sells visually the tension behind whether Doom REALLY is a good guy or not. We really can’t ever say if he’s really sold on being good because as is often the case with Doom he’s doing it his way without any real consideration for anyone else. Has he actually changed? Or has he merely changed what direction he’s going?

So they are doing a great job of having this book be a Secret Wars/Civil War 2 fallout story, the problem is they’ve already moved on and this Doom would potentially be an Omega Level threat to an Evil Captain America regime in Secret Empire. But he’s not… because as far as I can tell he is NOWHERE. Unless there is a tie in book I missed or that is forthcoming that will eventually explain his absence from Secret Empire I am utterly perplexed by what seems to be an absolute lack of explanation as to the lack of Doom. I feel like you ignore Doctor Doom at your own peril and it just seems lazy to leave him out without any explanation at all.

Okay all that aside I love this book, which means Marvel is probably planning to cancel it. (I honestly have no intel to support that,  it just seems like they are cancelling anything I actually like.) This is not my usual kind of pull but it vaguely reminds me of the Madrox limited series that brought back Peter David’s noir take on the X-Factor team. It’s the closest thing we’re going to get to a Fantastic Four book at the moment and it really reminds me just how much I actually do miss the Fantastic Four. I’d recommend it, just be aware that this book is kind of an island unto itself… try not to get too worried about how it impacts the Marvel U… because clearly Marvel isn’t. That being said, ever since Tom King left The Vision to start his tenure at DC comics, Infamous Iron Man is the Marvel book that I actively look forward to most each month. I’m really curious to see where this will all wind up.

Infamous Iron Man Vol. 2: Absolution of Doom
Publisher: Marvel Comics
Available From: Things From Another World
Disclosure: The above link is an affiliate link. If you click through and make a purchase we may earn a commission at no additional cost to you.
Think you've seen Victor Von Doom vs. Reed Richards battles before? Well, you've never seen anything like this! The Richards from a dead reality is no Mister Fantastic. He calls himself 'The Maker' - and his ultimate plans for this world are far more insane than anything Doctor Doom ever attempted! Now, Doom - as the Infamous Iron Man - is the only one who can stop the mad Maker. Victor is the hero? Reed is the villain? It's a world gone mad! And as the impossible task of redeeming himself to the Marvel Universe begins to overwhelm him, the truth about Victor's reincarnated mother is revealed! With enemies on all sides, how can Victor continue to carry on the legacy of Iron Man when the legacy of Doom haunts him at every turn? Collecting INFAMOUS IRON MAN #7-12. Rated T+ 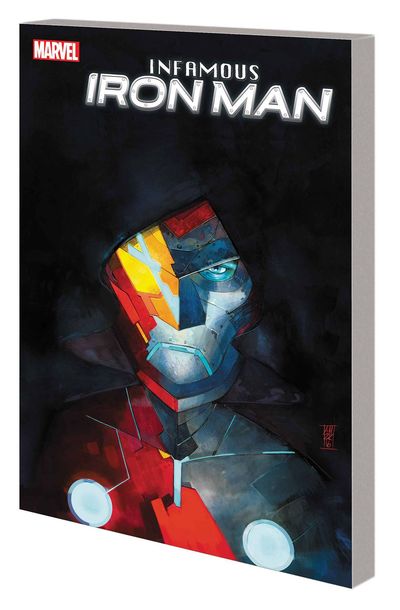 Infamous Iron Man Vol. 1: Infamous
Publisher: Marvel Comics
Available From: Things From Another World
Disclosure: The above link is an affiliate link. If you click through and make a purchase we may earn a commission at no additional cost to you.
There's a new Iron Man in town, and his name is...Victor von Doom! The Marvel Universe's greatest villain is no stranger to armor, but now he's trying something new on for size: heroism. And where Tony Stark failed, Doom will succeed. But what is Victor's master plan? That's what a great number of folks want to know - beginning with bashful, blue-eyed Ben Grimm, the ever-lovin' Thing! Next up is someone from Tony's past who has a big problem with Doom taking on the Iron mantle - but where has Pepper Potts been until now? Doom will face a cosmic-level adversary, and two of his most mortal enemies - ones he thought he would never see again. Can Victor keep to his redemptive path even in the face of total adversity? Will he truly even want to? Collecting INFAMOUS IRON MAN #1-6. Rated T+