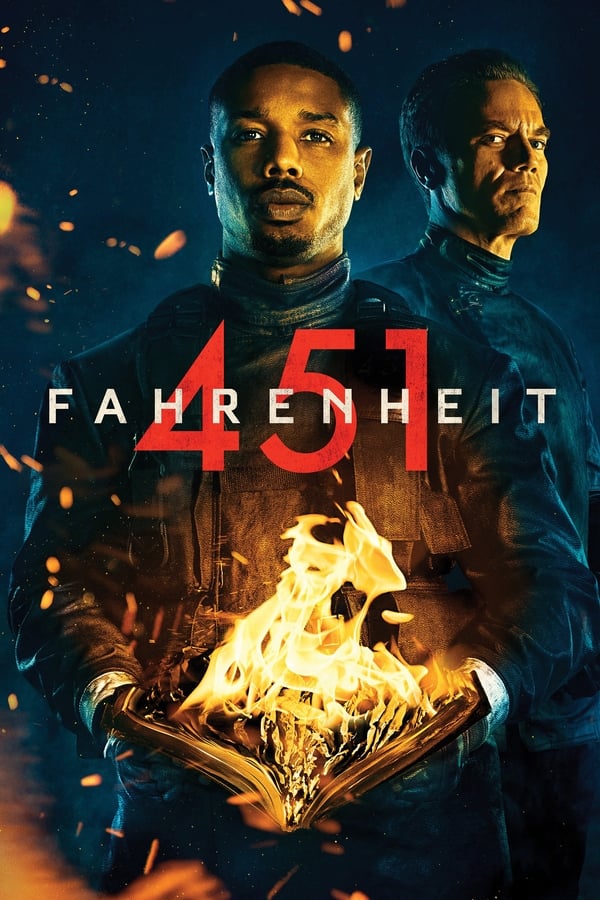 Very disappointed by this. A modern take on the Ray Bradbury classic and from HBO Films? I had hoped we might finally see a solid adaptation of the book but the film muddies the waters too much and plays it’s themes too on the nose.

An attempt to modernize the story introduces some interesting ideas regarding the internet, technology and modern media. As it should. At this point a modern adaptation has to address those things. A well handled adaptation would be able to better draw parallels between the themes of the book and how modern society does (and doesn’t) interact with literature in a digital age.

However, in this film that aspect feels grafted on top of Fahrenheit 451 without being properly explored. There remains a disconnect between what the film is trying to say about literature and what it is saying about media. 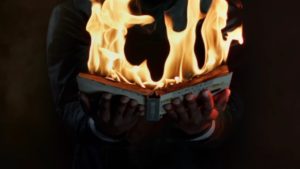 This is made all the more frustrating because (if I recall correctly) the book had some interesting commentary regarding televisual media and its effect on interpersonal relationships that always struck me as ahead of its time. Where is that!? Where is “the family” and the TV parlor? Arguably the easiest, most direct bit of social commentary to pull from the book and apply to modern media. That is scrapped entirely, adding to what about this film doesn’t work.

The world feels small and underdeveloped. It’s fine that the characters’ worlds feel small. That plays into the idea of interpersonal disconnect. In the context of the book that works but I don’t think that is an intentional decision in the film. I think that is a byproduct of a conceptually unexplored world.

It pulls in so many elements… the source material, other stories in the same vein (1984 and probably a whole host of books I’ve never read but should have), emojis, “information wants to be free”, revisionist history, fake news… but it doesn’t fully integrate them into the story. It doesn’t feel like a fleshed out, real society.

On top of that, it takes a story where the main imagery is already as on the nose as ‘firemen who set books on fire’ and somehow exaggerates it to the point of laughability. At one point a woman throws open her jacket to reveal books strapped across her stomach before making a martyr of herself. Yeah, we get it. 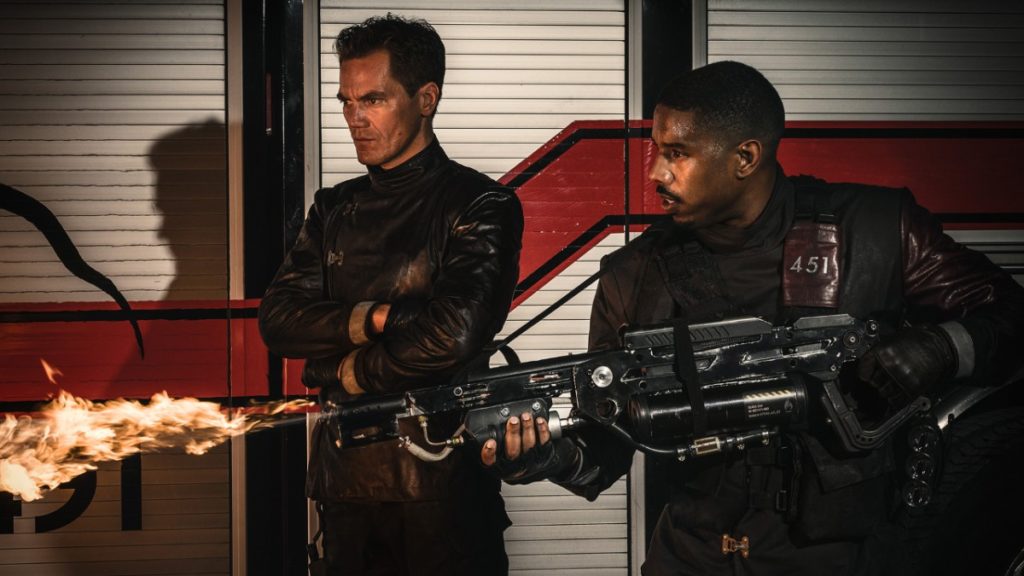 Okay, okay. All that aside this isn’t a terrible movie. I found the relationship between Guy Montag (Michael B. Jordan) and Captain John Beatty (Michael Shannon) intriguing. This and the performances from Jordan and Shannon are the highlight of the movie. 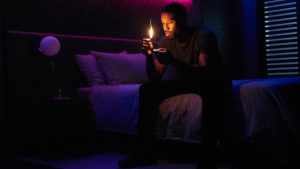 Montag is somewhat of a blank slate by design, or more appropriately a sponge just taking things in. This leads the character to feel a bit thin. The performance, though, opened my eyes to Michael B. Jordan. People love this guy and I never understood why. I’ve liked him in what I’ve seen but chalked the overwhelming praise up to “well, he’s a handsome man.” I get it now.

Jordan has the most expressive eyes. At some point during the movie I became aware of how much he was conveying despite not having much dialogue. Montag doesn’t say much but you can read every thought that goes through his mind just by watching his eyes. It’s subtle. I couldn’t even place what it is that changes in his expression but what the character is feeling changes and the viewer sees it. It’s impressive, actually.

Beatty is a much more complex character. At no point did I know what he was going to do nor what his true motivations were and that makes him endlessly fascinating. Michael Shannon is always good and he plays Beatty as you might expect Michael Shannon would. That’s not to downplay the performance. It’s that certain flavor of Shannon performance where you like his character… but you don’t know if you should. 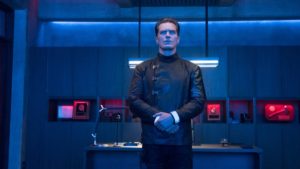 Beatty is given nearly as much, if not as much, screen time as Montag. He is complex, confusing and contradictory in that way humans are. A well written character, perhaps the highlight of the script. The film explores the duality of both characters but it is more successful in conveying it naturally with Beatty.

Visually the film looks good. I struggle to find a more descriptive word for it. Not bad. Not great. It’s fine. It borrows heavily from other sci-fi films. Most noticeably the use of Blade Runner style city visuals but not pulled off nearly as well. Which is further enforced as it returns to the same shots again and again. There are creative decisions I appreciated. For example, nearly the entire film takes place at night except scenes where a sense of relief or freedom is meant to be conveyed. Okay, that is also a bit on the nose but effective. It is a fine looking film if not a little bland. Except the emojis. Those suck.

All in all, this is a mixed bag. More negatives than positives but not without redeeming qualities. Michael B. Jordan and Michael Shannon are both excellent. There is well handled tension and suspense at a few points throughout the film as well. After struggling with the first half of the movie I found myself somewhat invested during the last half… at least until they randomly dropped a massive new element into the movie that had me rolling my eyes. Which brings me back to the disappointment.

I’m not disappointed that the movie deviates from the book. As I said right off the top, it almost has to be updated. Not to make it relevant but to make it clear how relevant it is still. I’m disappointed in how surface-level that updating is.

The Salt Fuels Me – Grawlix Nights