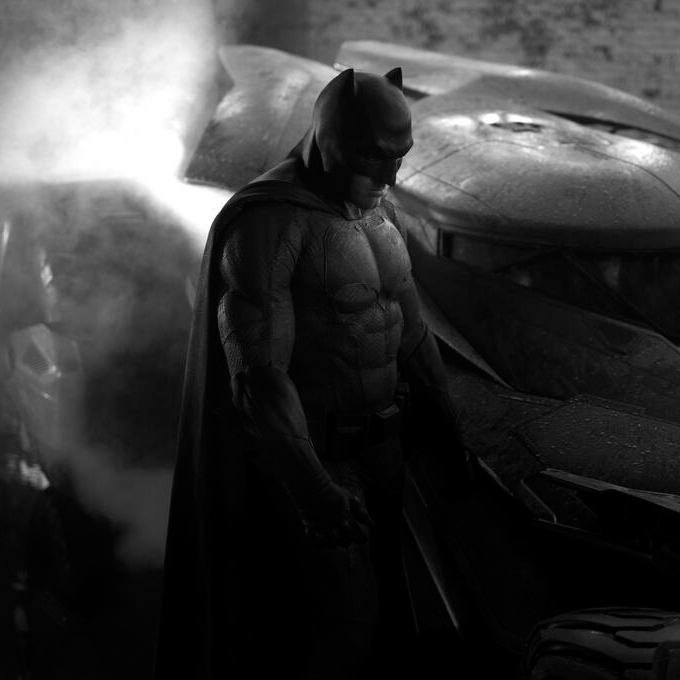 Naturally it took no time at all for fans to take to “colorizing” the photo. Here is a notable take on a more colorful classic two-tone color scheme by designer ToyOtter.

WOW Awesome photoshop coloring by ToyOtter. What do you think of the New Batman Costume now? pic.twitter.com/n1eXDYODy6
— DC Comics Talk (@DCComicsTalk) May 13, 2014