Here is a roundup of our June podcast episodes! This month was Infinity month for The Grawlix Podcast with extensive discussions on Avengers: Infinity War and The Infinity Gauntlet. Over on the Grawlix Cinematic Universe this month was all about horror and comedy. First with a John Carpenter double feature of The Thing and Big Trouble in Little China. Then on GCU #7 it’s a Joss Whedon double feature with Buffy the Vampire Slayer and The Cabin in the Woods. The cinematic universe pitches are all insane this month! 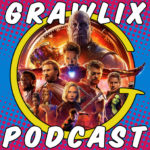 2018-06-04
The Grawlix Podcast on the cutting edge of relevancy yet again with their timely review of Avengers: Infinity War!
Comic(s) mentioned: 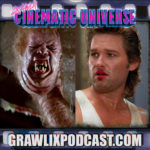 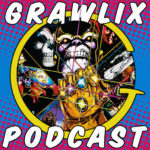 2018-06-18
Infinity month continues with a review of The Infinity Gauntlet mini-series and comparison to Avengers: Infinity War.
Comic(s) mentioned: 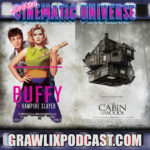 GCU #7: Buffy the Vampire Slayer/Cabin in the Woods Cinematic Universe