Here is a roundup of our July podcast episodes! This month we covered a bunch of cool entertainment and had some seriously fun podcast guests! First up, we were joined by superfriend Dustin Smothers of Pro Wrestling Mothership, The No-Coast Nerd, Debugging Westworld (co-hosting with our own Randy!) and many more shows. In that epic two hour long special episode Dustin, Jesse and Randy discuss the Karate Kid spin-off series Cobra Kai. Then Jesse crossed over to the dark side and joined Randy and Jasper on Grawlix Cinematic Universe. You have to hear Jesse’s mash-up pitch for Ants! and The Wasp Woman!

The later half of the month was a sci-fi fest with the original Grawlix trio discussing the weird as only Grant Morrison can weird All-Star Superman. And finally on July’s second episode of GCU the mind-trips continue as Jasper and Randy discuss the iconic Blade Runner and Total Recall films.

For our Patreon supporters it was a full month with not one, not two but THREE GCU bonus episodes! Including an hour long, Patreon-only Pre-Show with Randy, Jasper and Jesse. You can listen to those by becoming a Patreon supporter for as little as $1 per month! 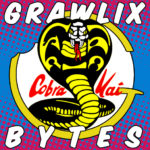 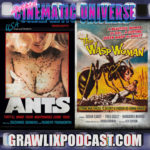 2018-07-09
To celebrate the release of Marvel's Ant-Man and the Wasp the Grawlix Cinematic Universe podcast review Ants!, a 1977 made-for-TV movie, and The Wasp Woman, the 1959 Roger Corman low-budget monster flick.
Movie(s) mentioned: 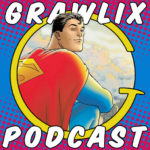 2018-07-16
All-Star Superman by Grant Morrison and Frank Quitely is the Poll List review on this episode of The Grawlix Podcast plus random Doctor Who Series 11 speculation and revisiting the Master's first appearance.
Comic(s) mentioned: 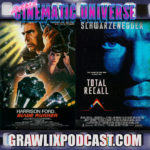