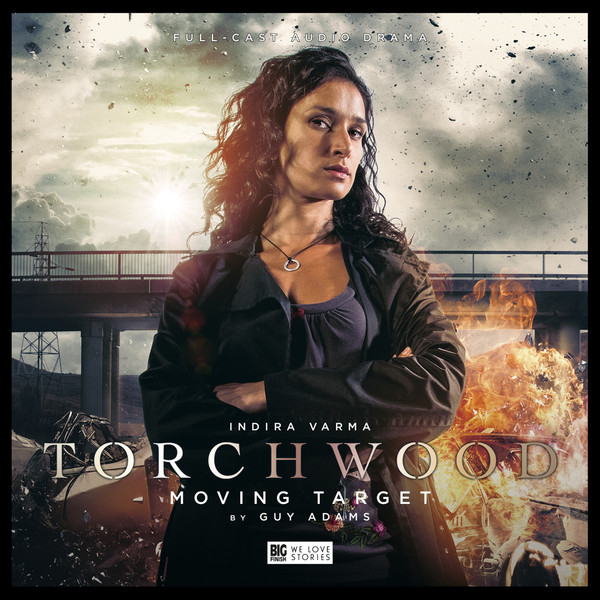 “UGH! I hate today… today is stupid, and annoying, and makes no sense.”
Big Finish brings us another vignette spotlighting a member of the original Torchwood team. This one makes sense but it might not be a story you were expecting because Suzie wasn’t on the team for very long before she went rogue.

With the Earth frozen in time, Suzie becomes locked in a battle to save the planet and the life of Alex, the last woman alive. Hunted by alien warriors, and, with every hour that doesn’t pass, the stakes are only getting higher.

Suzie Costello would never describe herself as a hero. But she would say she’s someone who always makes the right choices. Wouldn’t she?”

When news of this story was announced I was soundly… ambivalent. That’s mainly MY problem and I’m certain others were properly stoked for this one, I liked Suzie well enough as a villain but I didn’t know if I would care much for a story that focused on her.

These Torchwood stories however have a really good track record of surprising me with stories I never knew I needed and this one is no exception.

What we get in this story is an interesting new take on “The Most Dangerous Game” by Richard Connell. (I’m sure he’s not the only person  to write on this subject of “man HUNTING man” but he’s who usually comes to mind for me). It’s not all that new to use this story trope anymore as many have used this plot before but it’s interesting in that Suzie becomes a de facto ally in this situation to help the “hunted” Alex through this impossible situation.

Given what we know about Suzie later in her tenure on the Torchwood team you might be waiting for the other shoe to drop but really the story focuses on her genuine effort to be the hero. She works really hard to keep Alex alive and gives us a new side to Suzie that helps to flesh out her character and make her more interesting.

Like Andy in last month’s story this was a character who only got a little bit of screen time in the series, and even though Suzie got a bit more attention we got what we got and in the grand scheme that wasn’t all that much. It was nice to see a slow development here.

Like most of the Torchwood series it makes nods back to the TV series (specifically to the team in season one) so a knowledge of the series helps but I think this story is pretty well self reliant and a new listener could enjoy this without the knowledge of future events.

I definitely left this story more interested in Suzie Costello that when I arrived and any story that is the cure for ambivalence is worth a listen.

Sometimes the best characters turn out to be villains this story gave us some fun pre-villain insight. Is there a villain you wish Big Finish would tackle “before they were villains”? You can let me know in the comments below or by shooting me a tweet! @jessekiefer I want to hear from YOU!

Indie Comics Spotlight: The Third Rail and the Art of R10 Creations